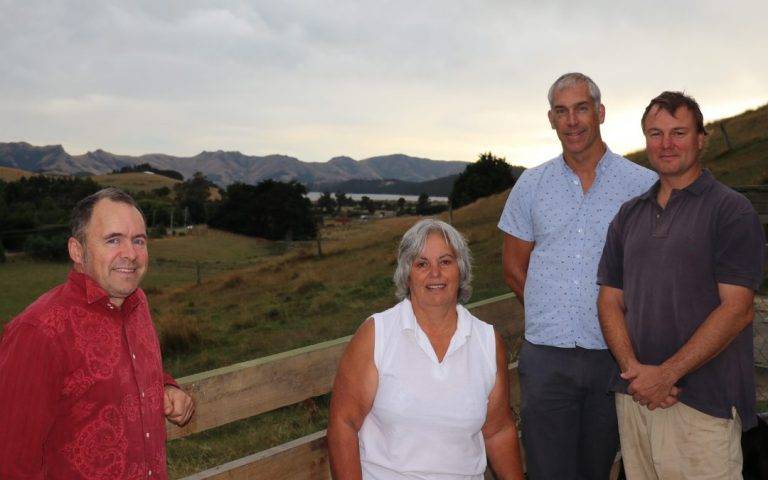 The Whaka-Ora Healthy Harbour Plan to restore the cultural and ecological health of Whakaraupō/Lyttelton Harbour has received a $150,000 boost.

Ngāti Wheke successfully bid for funds from the Ministry for the Environment’s Community Environment Fund, and Whaka-Ora Partnership Chair Yvette Couch-Lewis, of Ngāti Wheke, says, “The Partnership is thrilled to have funding to support them in their work around Whakaraupō.”

Improving the health of the harbour

“The Head of the Harbour project is a great way of improving the health of the harbour and the land and we really appreciate the support of the Ministry for the Environment on this project.”

During the development of the 2018 Whaka-Ora Healthy Harbour catchment plan, the condition of the Head of the Harbour was identified by the harbour communities and science advisory group as an area of concern.

“We are pleased to be able to help support the long-term vision of Ngāti Wheke to restore the mana of the water around Lyttelton’s Harbour and upstream waterways,” says Shaun Lewis, Director Mana Honohono, Investments and Partnerships at Ministry for the Environment.

Yvette explains the significance of the Whaka-Ora slogan. “Ki uta ki tai – literally means from the mountains to the sea, which is the essence of the whole project. To make the harbour healthier we need more vegetation around its edges and up the hills.”

Putting the funding to good use

She says the funding will go towards consultations with farmers in the area, as well as implementing some of the projects that come out of that consultation process.

“People who live in the harbour basin all care deeply about the land and the harbour. We’ll be working with the local famers and landowners to re-establish wetlands, undertake stream plantings and take other steps that will reduce the sediments and contaminants that are going in the harbour.”

“We choose to live and farm in the area for its natural beauty and to be close to the water. Of course, we are interested and supportive of anything that can be done to enhance the health of the harbour, for the generations to come.”

The Whaka-Ora Healthy Harbour partnership consists of Ngāti Wheke, Te Rūnanga o Ngāi Tahu, Environment Canterbury, Christchurch City Council and the Lyttelton Port Company, with input from the community. It is this community involvement that is so critical, according to Yvette.

“Whaka-Ora is community driven – it just has to be. Having a harbour that is healthy and clean has so many run-on effects for the people of Whakaraupō and the surrounding areas. In 20-or 30-years’ time people will look back and see the impact of the revegetation on the land and on the water. We’ll see more birdlife and sea life, and more people will be able to get a kai from the harbour.”